Sitting in front of the computer screen strains the eyes and something unavoidable nowadays as most of the work and various other activities are executed on these digital mediums. Other factors further contributes to the strain such as poor lighting, keeping the screen too close to the face, not blinking the eyes and all such. Adding to this is the widespread use of digital/eBooks rather than the traditional hardcopy form which worsens things up.

People around the world today suffer from high-level of fatigued and well-worn eyes due to excess computer use at work, in schools and even for the usual entertainment. A report from the American Optometric Association revealed that around 58% adults complain of eye strain due to computer use. In the end, it reduces productivity, increase errors in work with frequent headaches or worse, develop glaucoma.

And while throwing away the computer isn’t an option, some helpful eye exercises can definitely relieves you of the computer screen strain and make you feel better. These simple eye workouts also allow you to wrap-up the work in a timely manner, saves money that you might’ve incurred on those pain killers and eye drops to rid the scratchy feel. Here’s all you should know;

These are the simplest and first thing you need to do is sit in a comfortable position and rub the palms of your hands together to warm them up. Shape your hands like a cup and press them gently on the closed eyes, let the warmth flow to your eyes and you’ll eventually feel relaxed in just a few minutes.

We usually forget to blink when working on the computer which is the biggest cause of eye itch and redness. This is why blinking is important and you might as well train yourself to do so between work. Blink your eyes every four seconds to keep them naturally lubricated which is much simpler or keep prescribed eye drops and pour one-to-two drops twice or thrice.

Neck rolling work wonders for a stiffer neck and back. Likewise, rolling the eyes helps in relieving the strain from the eye muscles especially if you’ve long been sitting on the computer screen for hours. Just take a short break, roll the eyes, blink a few times and continue working. You can roll the eyes by keeping them open or close, whatever you feel like doing. This particular exercise has a massaging effect on the eyes which keeps them fresh, lubricated and itch-free.

After long hours of close-up staring constantly at the screen, help the eyes to adjust between near and far objects. At first, it might seem as if the room is spinning but no need to worry, this is how the vision is adjusted. All you should do is sit back and simply observe the room.

Fix your gaze on a particular object kept at a certain distance, trace the outline of the object as well as every single thing in the room. The gist of it all is to give your eyes a constant and deliberate motion and taking in the entire view. Though you might think that you’re already doing this, it’s just that our vision is misbalanced by staring constantly at the screen for long.

A glance here & another there

A glance at times can be more than just what it seems. To begin with this one, shut your eyes while sitting and move them up as much as you can, hold for a few moment and repeat by looking down. Continue doing so a few times before you slowly open up the eyes (also known as eye-breather). Close the eyes again and move them left and right in the same way. Make sure your eyes aren’t overstrained and weak from significant computer time.

The American Optometric Association (AOA) revealed that most frequent eye-health and vision related complaints come from computer users. A general study indicated that around 50-to-90% computer users suffer from Computer Vision Syndrome (CVS), a common anomaly and these symptoms include eye irritation, dryness, strain, blurred and double vision.

CVS nowadays has become a major public health issue due to heightened use of computer and digital devices at workplace, home and even for entertainment purpose. A survey of optometrists performed by the AOA concluded that nearly 10-million eye exams in the U.S. per year revealed vision and eye problems from computer use.

The University of Alabama at Birmingham (UAB) also conducted a correlation study between computer vision and workplace productivity. It was concluded that:

As per the study from the UAB;

As for those who already have their laser eye surgery and still experiencing some vision problem, YAG laser might be recommended by the doctor which is why preliminary eye consultation is necessary. 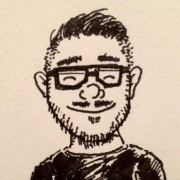 How To Sleep Better With Depression Some Considerations When Choosing the Best Pediatrician for Your Child