Today, the mainstay of every modern wardrobe is a sweatshirt. For generations, sweatshirt has been a popular piece of clothing. People with different social backgrounds have crave for sweatshirts. Origin of sweatshirts date back to 1920s. Benjamin Russel (an owner of women’ and children’ underwear factory) was presented in 1920 with the problem by his son, Bennie Russell Jr. who was a football player of the University of Alabama. The problem was that his son often felt uncomfortable in wool jerseys, as they were itchy and prone to shrinkage after washing.

History of the Sweatshirt

Benjamin made his mind to come up with a comfortable alternative by using women’ underwear material as football shirts, and those shirts were called sweatshirts. The popularity of the sweatshirts amongst the sport world was immediate, as they were adopted by a number of football and baseball players across the U.S. (United States), as they became synonymous with the American sport and comfort.

Do You Know: What is ‘Loopback’?

Loopback is a literal description of a specific knit that features loops on the underside of the fabric. Loopback is the technical term that is, given to the fabrics, which are used commonly from sweatshirts. The name, ‘loopback’ is derived from the term, ‘loop wheel’; an orthodox knitting machine that was historically used to knit the fabric. Loop wheel also minimized the tension of the knit. Loops on the back of the sweatshirt fabric were originally designed to absorb the sweat from the wearer’s body and pass into the garment to keep wearer’s body cool.

What Is the Triangle on a Sweatshirt?

The triangle on a sweatshirt is also called ‘Dorito’; it is a design feature that has been appearing on sweatshirts since their inception. The technical name for the triangle is a ‘V-Stitch’ that is, a piece of cotton ribbed jersey commonly found in waistbands. It was initially used as a means for collecting the sweat around the chest and neckline after an exercise. Today, the designs of the sweatshirts have improved, so triangle has become more of a visual feature for collegial sportswear.

What Is the ‘Cadet Collar’ in a Sweatshirt?

The history of the sweatshirts date back to 1920. Sweatshirt is the resultant product of a problem that was faced by a footballer, Bennie Russell Jr. There are some terms related to the sweatshirt including loopback and a triangle. Loopback is a literal description of a particular knit, while triangle is a design feature of a sweatshirt. There exist cadet collar sweatshirts in the market place, which are also known by the name of Mandarin or Mao or Nehru Collar sweatshirts. To conclude: sweatshirt is a piece of clothing that resulted after the highlighted problem.

Detailing about the Sweatshirts

Sweatshirt is a mainstay of any state-of-the-art wardrobe. The popularity of a sweatshirt is continuing for many generations. People with different social backgrounds like wearing a sweatshirt. When you wear a sweatshirt, then one thing comes to your mind i.e., how sweatshirt has come into existence.

Origin of a sweatshirt dates back to 1920, when an owner of a women’ and children’ underwear factory, Benjamin Russell was presented with the problem by his son that was itchiness and shrinkage of wool jerseys after washing. So, Benjamin decided to come up with the right alternative; he invented the sweatshirt. In the sports world, sweatshirt became very popular. Sweatshirts was highly admired by baseball and football players, and it became synonymous with the American sports and comfort. That is how sweatshirt came into existence.

Do You Know: What Is Loopback?

Loopback is a specific type of knit that has loops on the underside of the fabric, and it is a technical term that is, given to the fabric commonly used for sweatshirts. The term “loopback” is derived from the traditional knitting machine (loopwheel). The loops on the back of the fabric were originally designed to absorb sweat from the person’ body wearing it; moreover it helped individuals’ bodies to remain cool.

What Is a Great Thing about Sweatshirts?

There is one good thing about sweatshirts that is, you will find them in different online stores in a variety of sizes, so you do not need to pay a visit to a nearby shop to order your right size for the sweatshirts. Instead, you can order your right size of the sweatshirt from your home online by seeing the size chart of your desired sweatshirt; it will also save your time and money. Time in the sense that you will not require to go to the clothing shop for shopping, and money in the sense of discounts.

Sweatshirts come in two variations, which are either with or without a hoodie; and every sweatshirt serves a different purpose. 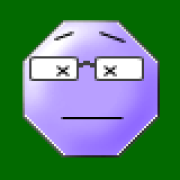 How to Curl Your Hair With a Curling Iron For Beginners

Back To The Future – Make Your Wedding In Cyber Punk Theme