Internet of Things on other words termed as IoT is the digital transformation that will oversee the automation of human life. IoT is the digital transformation that will create a new digital environment whereby machine interaction will be the basis of the future unique digital experience. In short, IoT is the network of physical devices that we use in everyday life.
IOT definition has been approached from a different perspective by different companies, but that should not be a barrier to understanding what IoT is. IoT enables the connection of traditional physical devices other than the smartphones and desktops that generally use the internet to be connected to each other over the internet using embedded software programs. These software programs also enable us to control these devices over the internet or even via Bluetooth remotely.
Examples of IoT include the Smart homes which involve interlinkage of various systems in a home to facilitate remote monitoring and control. IoT concept first emerged back in 1982, so it’s not a new concept. The argument about the inclusion of smartphones, tablets, and computers as IoT devices can be debatable but the basic idea of IoT is the automation of physical tools that were not able to be automated initially. Implying that these already “interconnected” devices hold not be termed as IoT devices.
According to estimates IoT will be a trending technology and may be worth over 7 trillion by 2020. The last estimates in 2017 of IoT devices in the world stood at 8.4 billion devices. Forecasts from International Data Corporation, IDC states that the number of IoT devices connected by 2020 will be 28.1 billion in their latest estimates. Gartner another research firm anticipates that there will be 20.8 billion IoT devices by 2020. The current research by IoT Analytics gives an estimate of 7 Billion IOT devices in 2018 with the total number of connected devices in the world standing at 17Billion. The aggregate market value for IoT stands at $151 Billion in 2018. 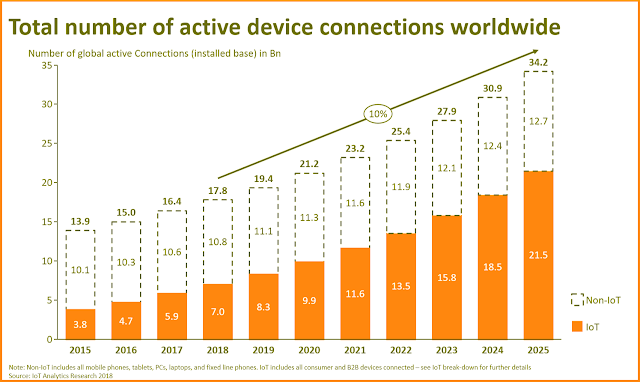 Raspberry Pi has been the foundation of the IoT phenomenon with the Raspberry devices used to drive machine automation aiming at making the IoT dream robust. Raspberry sold over 10 million devices back in 2016, and most of them were obtained by engineers to drive automation in their areas of interest such as industries and homes. The birth of many smart homes and other IoT devices. IoT devices use Linux Open Source Software as their core program in operation. In most cases the Kali Linux distribution.
IOT has been expanding since then with the focus of different technology experts in the field. IoT is here to change the business and industrial production fields and even more so transform our lives. IoT is being applied by major construction companies, electrical utilities and also in different management systems and also in shipping of perishables. The universal IoT application has been in video surveillance and the use of drones in surveillance. In fact basically, all these examples involve the fitting of sensors to different devices to keep track or monitor a given item or thing in our environment.
IoT has the potential for growth but security concerns every day of this devices has been on the rise. Even more, sensors are dropping in price favoring more production of IoT devices. Security and privacy concerns are some of the critical things that hinder the IoT evolution. Because IOT devices use embedded Linux systems and they are on at all times, it’s a setback for this fantastic technology. There’s been an increase in attacks on IoT devices in 2017 than never before which even makes securing these devices a critical complement in the development of IoT devices.
IoT devices are not impenetrable by hackers. Hacking is a significant threat to IoT devices similar to any other digital companies and corporations. IoT devices need to be hardened against any upcoming attacks given that they do not involve much of the physical defenses. Securing these IoT devices requires money which may be a scary issue for minimalist developers and manufacturers of these devices. Research by IOT Analytics done in 2017 of the “IOT security spending” estimates spending of about $703million.
Security researchers in recent studies have shown that most of the IoT devices are vulnerable to hacking. A report from Armis a security software vendor of IoT devices suggests that more than 496 million devices are vulnerable due to security flaws. Most of the devices affected include switches, routers and access points and also media players and speakers.
Either way apart from the security concerns IoT is going to be significant. More IoT device manufacturers are now more focused on security in the manufacture and production of IoT devices.
This blog is sponsored by “Alvin Wanjala” “Technology News and Latest Gadgets”
Find another great article on windows tips here: “5 ways of taking a screenshoton Windows in 2018”
Facebook Twitter LinkedIn Tumblr Pinterest Reddit Skype WhatsApp Share via Email 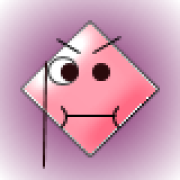 How do I Recover & Access My Deleted Photos from iCloud

How to Optimize Your WordPress Blog Using Five Tips